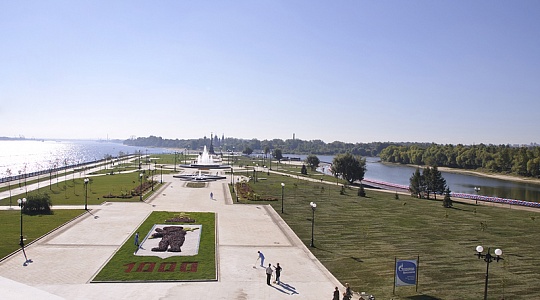 The project was implemented by the 1000th anniversary of the city foundation.

The project included a comprehensive land improvement of the Spit, the confluence of the Volga and the Kotorosl rivers:

In addition, the project included the fountain renovation and the adjustment of existing lighting and the arrangement of additional lighting of the Spit, including mood lighting of the sculptural group and the Central Promenade.

The project was implemented in a highly tight schedule and was highly appreciated by the region administration. Mr. Dmitry Medvedev attended the gala opening of the embankment.