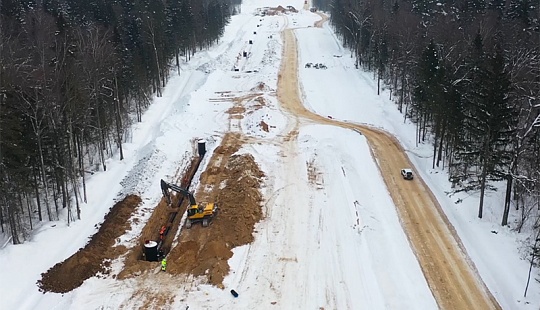 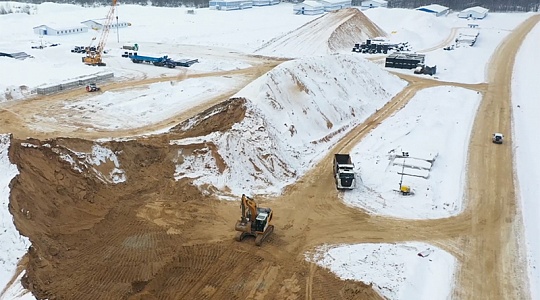 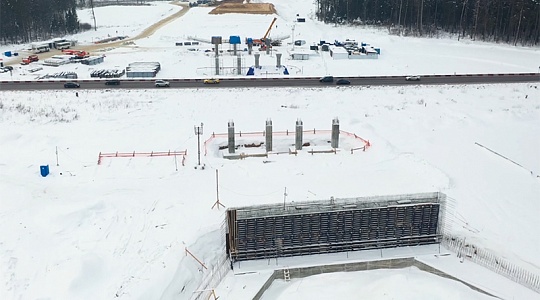 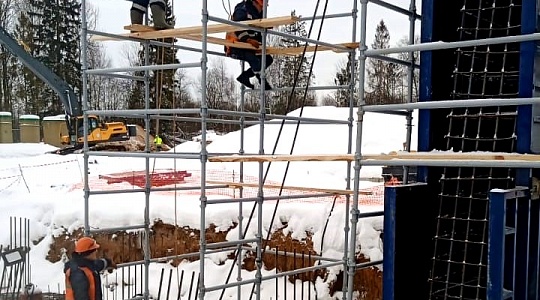 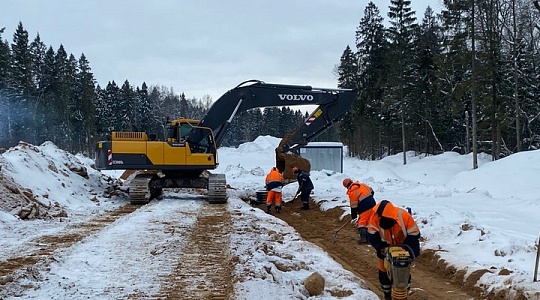 +1
The concession for the creation of the Vinogradovo - Boltino - Tarasovka highway in the Moscow Region is being implemented on schedule. The works were deployed from the west and east of the highway between Afanasovskoye and Pirogovskoye highway. Construction workers and special equipment are operating simultaneously on several technological sections spanning a total of 7 kilometers, or 44% of the length of the future highway.

To date, the construction of the embankment of the main course, technological driveways and construction sites has been completed using 1,130,000 m3 of soil. The construction of overpasses across the Pirogovskoe highway and the Chanka river is underway, the readiness of monolithic works on the construction of supports there is 75% and 10%, respectively. One of the most time-consuming processes continues: the reorganization of existing engineering networks that fall into the construction zone, and the laying of new networks. Installation of 310 wells and laying of 6.5 km of storm sewer collector have been carried out, six culverts have been installed.

The Vinogradovo - Boltino - Tarasovka highway is one of the first road projects in Russia being implemented as part of a private concession initiative, and the largest in the transport industry of the Moscow Region. The agreement signed by the VIS Group and the Government of the Moscow Region provides for the design, construction and operation of a four-lane high-speed road with a length of over 16 km. The financial partner of the project is Gazprombank.

The route will run at a distance of 4-8 kilometers from the Moscow Ring Road, acting as a backup and keeping local roads as alternative. The implementation of this project will reduce the congestion of the Yaroslavskoe, Dmitrovskoe and Ostashkovskoe highways by 30%, and the northern section of the MKAD - by 20%. The new expressway will significantly improve transport accessibility for over 850,000 residents of the Moscow region.