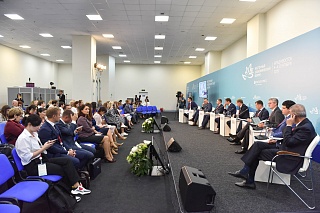 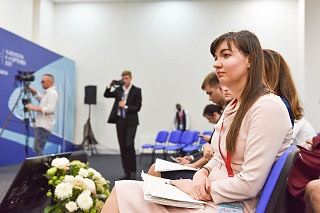 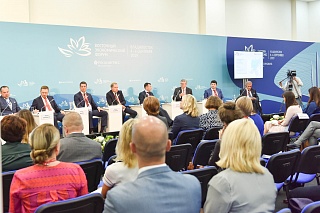 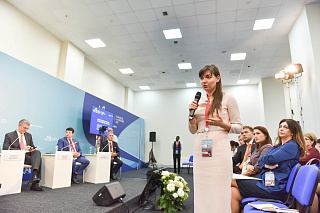 First Deputy CEO for Investments of the First Concession Corporation (part the VIS Group) Natalia Reznichenko took part in the “Private Investment in the Social Sphere: New Support Mechanisms” session. The National Center for Public-Private Partnership was among the event organizers.

Improving quality of life, reducing mortality and increasing life expectancy – these strategic objectives are set for the development of the Far East. Today, the level of development of the region’s social infrastructure lags behind the average for Russia. Public-private partnership projects should help radically change the situation.

Discussion participants shared their experience in implementing PPP projects, reviewed this market’s development potential and the possibility of attracting investments using new state support tools. Chairman of the Government of the Republic of Sakha (Yakutia) Vladimir Solodov emphasized the particular importance of the PPP mechanism for his region: “For us, private investments and PPP are a matter of survival and a way to solve the tasks set in the framework of national projects.”

Natalia Reznichenko spoke about VIS Group’s experience in implementing social public-private partnership projects: “We see a huge demand from the state for educational and health facilities that require an investor capable of constructing facilities both quickly and in high quality.” At the same time, she noted that despite the high regional demand for such facilities, certain risks are still present for PPP investors in the social sphere. First of all, they are associated with the application of the VAT rate in accordance with federal law. Natalia Reznichenko appealed to representatives of the Ministry of the Russian Federation for the Development of the Far East and the Arctic with a proposal to consider the issue of changing tax rates for social PPP projects.

VIS Group is a private partner and investor in the largest social PPP project to build 12 infrastructure facilities in Yakutia. The simultaneous construction of several schools, kindergartens and cultural institutions has become unprecedented in scale for the region. The project will contribute to the creation of a new comfortable urban environment in the capital of Yakutia, and wooden buildings will be replaced by capital buildings that meet the most modern requirements and standards. Nine facilities have already been commissioned, and the rest will be commissioned before the end of the current year.

Agreements on two more large-scale PPP projects in the republic are slated for signing at the Vladivostok forum.