EEF-2019: VIS Group will act as the investor in the construction of a unique cultural cluster in Yakutsk 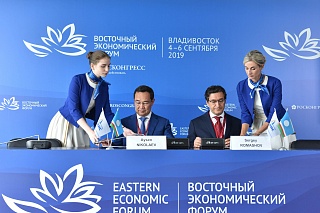 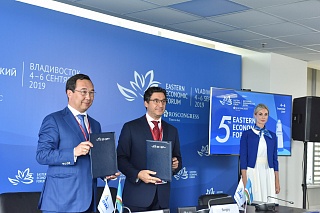 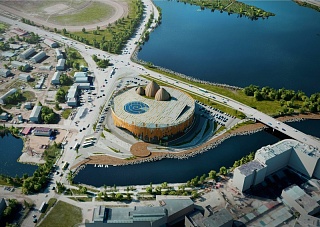 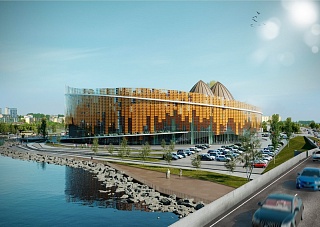 The Government of the Republic of Sakha (Yakutia) and VIS Group have signed a public-private partnership agreement on the financing, design, creation and maintenance of an integrated building of the State Philharmonic and the Arctic Center for Epic Literature and the Arts in Yakutsk. The ceremony was held as part of the Eastern Economic Forum in Vladivostok. The document was signed by the Head of the Republic of Sakha (Yakutia) Aisen Nikolaev and member of the Board of Directors of the VIS Group Sergey Romashov.

"Today, the Philharmonic and national theaters of Yakutia are among the most advanced in the country. For their further development, access to the international level appropriate technical equipment and qualitatively new accommodation conditions are required. Such modern cultural clusters, which were created on behalf of the President of the Russian Federation in Vladivostok, should appear in other Far East capitals. I am sure that the new building in Yakutsk will decorate not only the Republic, but also the entire Far East," Aisen Nikolaev shared.

The project, which entails the creation of a single cluster comprising the Philharmonic, the Center for Epic Literature, two national theaters, is unique cultural and architectural project to be implemented in permafrost. There are no facilities in terms of scale and equipment in the northern latitudes in Russia and the entire world.

VIS Group will act as the investor, designer and developer in the project, and after commissioning the facility, it will carry out its technical operation over the course of 8 years. The preliminary cost of establishing a cultural cluster is estimated at 10 billion rubles. The total cost of the PPP project over its entire life cycle will amount to 18.6 billion rubles. Budget payments to the investor are distributed over a period of 11 years and will include compensation for the costs of design, construction, technical operation, as well as interest compensation for engaged debt financing. Thanks to the public-private partnership mechanism, the republic will be able to quickly implement an ambitious investment project without a serious burden on its own budget.

A video presentation of the architectural concept of the complex was revealed at the ceremony. It has incorporated both modern innovations in construction and the national traditions of the ancient Sakha people. It was developed by architects and designers of the Moscow-based Zaryadye design company. The contours of this large-scale building refer to the traditional landscapes of Yakutia, the multimedia facades resemble the famous Lena Pillars, and roof will host the panoramic composition “Three Urases” (A urasa is an ancient Yakut summer dwelling).

“The cultural cluster being established will be on par with the leading international and Russian stage facilities in the level of technical equipment and its capabilities. There is a reason why it is currently being compared with Moscow’s Zaryadye Park and the new stage of the Mariinsky Theater. The creation of such a facility in the Far North is a difficult and high-profile task. This is not the first public-private partnership project in Yakutia for our holding. This year we are completing a major social project, which is just as unique. Several days ago, 9 kindergartens and schools already built in Yakutsk have already welcomed students, and 3 more facilities will be launched into operation before the end of the year. I thank the Government of the Republic and personally Aisen Nikolaev for the confidence, and on behalf of the VIS Group I want to assure that we will be a reliable partner committed to the long-term development of the region,” said Sergey Romashov.

The four-story 28,000-sq.m. building will be constructed on the Lake Saysary embankment. The project entails a major complex of works on bank protection and large-scale improvements. The area around the 12,000-sq.m. cultural and entertainment complex will become a new public and recreational space, a point of attraction for residents and tourists.

The total capacity of the auditoriums is slated to be 1,500 seats: 800 in the Arctic Center and 700 in the Philharmonic. The Center for Epic Literature and the Arts will share the transformable stage with the Olonkho National Theater and the Sakha Academic Theater, which will allow to create a common space. The transformation of the stage and the orchestra pit to different levels will allow to create different variations of stage "relief." For the first time ever, it will be possible to conduct events of any level in the capital of Yakutia – from classical music concerts to major international and national forums, large-scale entertainment events and shows.

The construction of the Philharmonic is slated to be completed before the end of 2022, and the Arctic Center – a year later. The sequential commissioning of facilities combined in a single building will become another feature of the project that requires original technical solutions. The design will also take into account the region’s seismic characteristics.