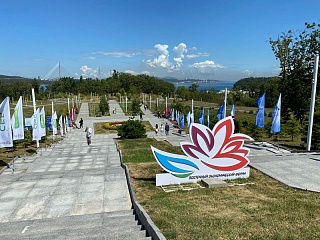 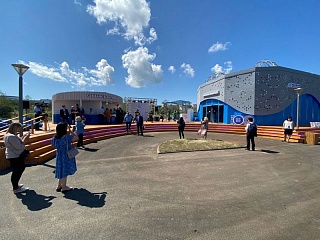 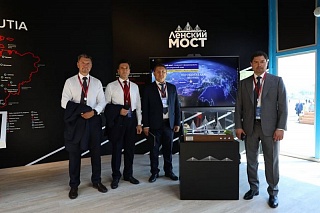 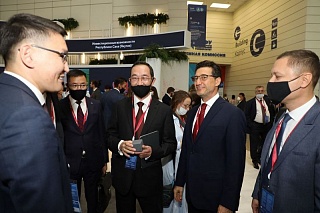 The Eastern Economic Forum has begun in Vladivostok. After the year-long pause due to the pandemic, it once again brings together government and business representatives to discuss the development of the Russian Far East. This macro-region is one of the priorities for the VIS Group, since it is home to the largest projects implemented by the holding, which total 166 billion rubles, of which almost 72 billion rubles come from extrabudgetary investments.

The holding is represented at the forum by members of the Board of Directors Sergey Romashov and Evgeny Skryabin, and Chairman of the Board of Directors of National Transport Concessions (transport division of the VIS Group) Dmitry Pronchatov. On the first day, they took part in the presentation of the investment potential of the Republic of Sakha (Yakutia). The concession project for the construction of a bridge over the Lena River was an important part of the event. The head of the republic, Aisen Nikolayev, emphasized that this project, which is vital for Yakutia and the entire Russian East, will be launched before the end of 2021. He also expressed his confidence in the successful resolution of all issues related to the co-financing of the construction of this large-scale infrastructure facility from the federal budget. Sergei Romashov and Aisen Nikolaev once again this chance to compare the roadmaps related to this and other VIS Group’s projects in Yakutia. The construction of a large cultural cluster – the State Philharmonic Society and the International Arctic Center is currently in the investment stage, and the project documentation for the creation of a SMART polyclinic has been submitted for review by the state examination.

Later, our delegation visited the pavilion of Yakutia on the Ajax Bay embankment, where the project of the Lensky Bridge was presented separately. An interactive layout and video presentation provided by the VIS Group for the exposition telling about the potential of the largest region of Russia, present in detail the technical parameters of a unique transport infrastructure facility. For the first time ever, a cable-stayed three-pylon bridge is to be built so far up north on permafrost soils. The bridge will connect two parts of the republic separated by the Lena River and open up completely new logistics opportunities for the entire eastern part of Russia.

The prospects for the VIS Group's participation in public-private partnership (PPP) projects in the sphere of sports and physical culture were discussed at a meeting with the Minister of Sports of the Russian Federation Oleg Matytsin. The holding has several large sports complexes in its portfolio, including those certified for international competitions. This experience and competencies may be useful in implementing similar PPP projects.

International agenda was the main focus at the meeting with the Deputy CEO of the Franco-Russian Chamber of Commerce Olga Belyakova. A special international project division has been formed within the VIS Group, and it is currently working on a number of investment initiatives outside the Russian Federation. The Franco-Russian Chamber of Commerce and Industry organizes bilateral business missions, aiming to attract French business to the Russian economy and to bring Russian companies to the French market. During the meeting, the sides discussed potential cooperation in the implementation of the VIS Group’s project in the environmental sphere and green bond financing, with which European banks have much successful experience.