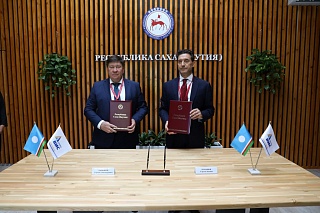 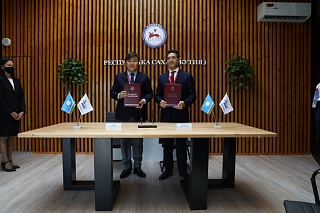 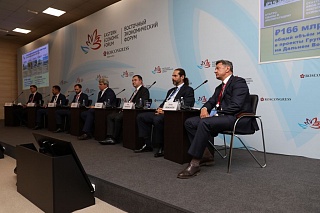 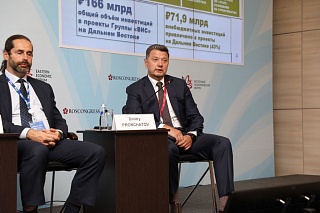 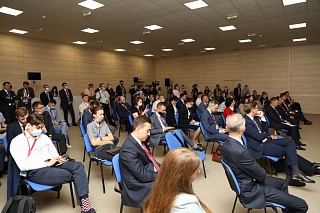 The VIS Group delegation began the second day of work at the Eastern Economic Forum by signing agreements. Two of them concern the involvement of companies from the Republic of Sakha (Yakutia) in the implementation of the concession project to build a bridge across the Lena River. The agreement with PAO Lenskoye United River Shipping Company provides for the use of its ship fleet during bridge construction. The production facilities of AO Zhatayskaya Shipyard will be used in the manufacture of metal structures. The documents on behalf of VIS Stroy, a member of the VIS Group, were signed by Sergey Romashov, a member of the holding’s Board of Directors.

The Minister of Transport and Roads of the Republic of Sakha (Yakutia) Vladimir Sivtsev, who was present at the ceremony, noted: “The involvement of the republic’s companies in this large-scale project is important for the development of enterprises and usage of their capacities.”

Another agreement - with the Development Corporation of the Republic of Sakha (Yakutia) - concerns the VIS Group’s intentions to participate in the development of national cinema. “Filmmakers can be supported on the public-private partnership basis, including through the creation of infrastructure for the production and post-production of films,” commented Sergei Romashov.

The mechanisms for supporting investors and launching new infrastructure projects were discussed at the session "Far Eastern Concession: How to Make an Infrastructure Breakthrough?" Dmitry Pronchatov, Chairman of the Board of Directors of National Transport Concessions (transport division of the VIS Group) was among the speakers. The holding is one of the key systemic investors in the development of the Russian Far East. The total amount of investments in VIS Group’s Far Eastern projects exceeds 165 billion rubles, and a number of investment initiatives are currently being elaborated.

“The Far East requires a special assessment and approach. The federal center's demand for a quick recoupment of the allocated funds is fair. However, the regions of the Far Eastern Federal District are competing in this sphere with the country’s developed economic centers, such as Moscow or Leningrad regions. Is this competition fair? Obviously, the chances of winning are almost null. By the end of 2020, fixed asset investment in the Far East has decreased by almost 7%. The share of government investments in infrastructure in the Far Eastern Federal District is on average lower than in Russia, while in fact this macroregion requires immediate economic stimulation. At one time, a special state program for the development of the Far Eastern and the Baikal regions was launched to help resolve this problem. Targeted subprograms have focused on the needs of these unique areas and covered the transport, energy and social sectors. The Far Eastern concession may also assist in solving this problem if it becomes a real tool for dealing with the infrastructure needs of this particular region. We expect this mechanism to become an element of extensive work on systematization, preparation and launch of infrastructure investment projects in the Russian Far East,” Dmitry Pronchatov said in his speech. He discussed VIS Group’s experience in the region, and the projects being implemented here.