In Novosibirsk, working traffic was launched on the reconstructed Zyryanovsky overpass 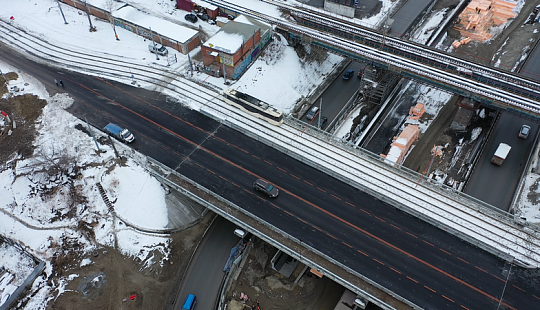 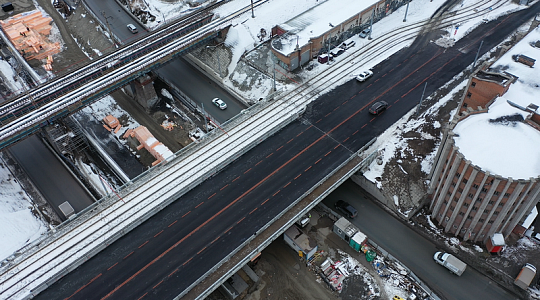 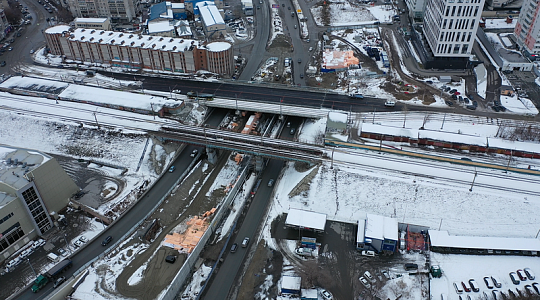 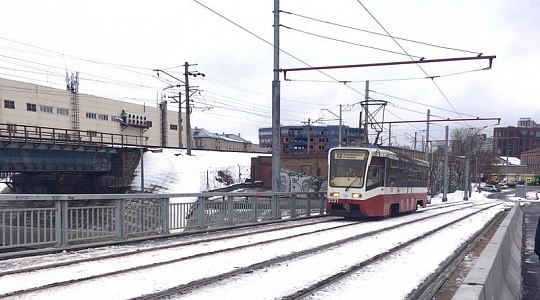 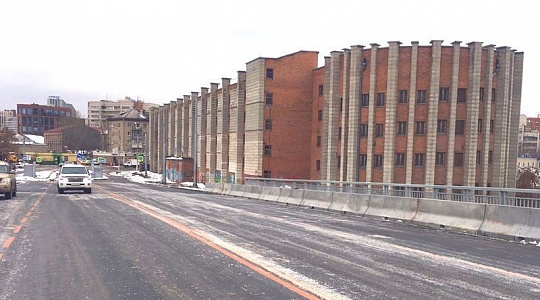 VIS Group has completed the reconstruction of the Zyryanovsky overpass. The work was carried out under the concession to build a bridge across the Ob River in Novosibirsk. The need for a complete modernization of the transport facility was dictated by its technical condition, which does not meet modern standards laid down in the project to create a high-speed chord connecting the two river banks. The concessionaire fully replaced the bridge deck. As a result, the width of the carriageway increased from 20 to 28 meters, and a modern material – cast asphalt concrete with a service life of up to 30 years – has been used in the road surface. The completely reconstructed overpass spans over 67 meters. It has 4 traffic lanes and 2 tram tracks.

The double-track tram line was relocated as part of the first phase of the renovation so as not to disrupt the city's public transportation pattern. At the second stage, a pre-assembly of the roadway’s metal structures was carried out along with support concreting, and a new reinforced concrete slab of the roadway superstructure was installed. The slopes were also strengthened and part of the engineering communications of the Russian Railways was rebuilt.

The molded asphalt used on the overpass roadway significantly exceeds other common types of road surface in terms of its operational characteristics. It is a liquid hot mixture that gains density and hardness after laying. The material began to be used in Russia quite recently and has a high resistance to corrosion, deformation, moisture resistance, and is not affected by temperature extremes. The same coating was used on the channel part of the bridge across the Ob, and will also be laid at the entrances to the toll collection point, where the load on the roadway is much higher.

A direct passage from Zyryanovskaya to Serebrennikovskaya and Krivoshchekovskaya streets opened up with the launch of working traffic on the Zyryanovsky overpass. Before the launch, markings were applied, road signs, fences were installed, and a sidewalk was equipped for the safe passage of pedestrians.

The implementation of the bridge concession will become the foundation for a major upgrade of the entire transport system in Siberia’s capital. The transport accessibility of the city’s districts separated by the river will be increased, and the existing bridges and the road network will be unloaded. A system of overpasses, tunnels and interchanges is being created on the left bank to enable fast and comfortable movement without traffic lights. VIS Group is the project’s concessionaire and investor, the financial partner is Gazprombank.