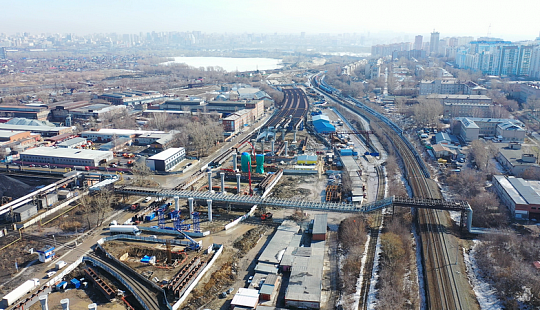 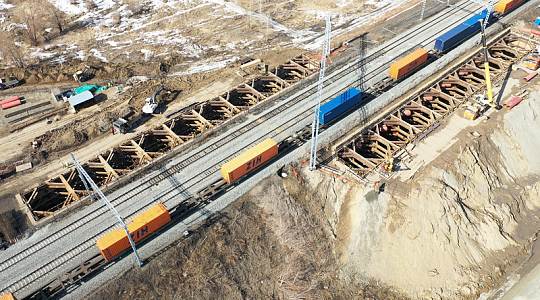 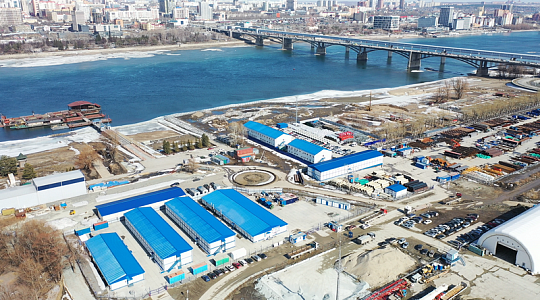 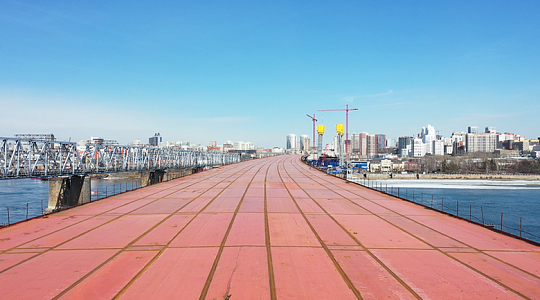 VIS Group continues large-scale work in Novosibirsk under the transport infrastructure concession for the construction of a bridge across the Ob River. The launching of span structures across the riverbed was recently completed, and a pylon is being built on the right bank. In addition, extensive work is deployed in the left-bank area of the city.

The left-bank flyover is the foundation for a six-lane road that will gather traffic from Stantsionnaya, Shirokaya and Stanislavsky Streets, as well as Energetikov and Truda Squares. The construction of 17 out of 24 overpass supports has been completed here, over 4,000 tons of metal structures have been installed, and the roadway slabs are being currently concreted. Meanwhile, the construction of 5 out of 6 overpass ramps continues: monolithic work and the installation of pile foundations for supports and retaining walls are underway.

There are 25 exits at the multi-level interchange, which will allow to direct traffic from adjacent streets to the junction and eliminate traffic-light regulation throughout the new transport facility. With a capacity of over 60,000 vehicles per day, the left-bank interchange in Novosibirsk will become one of the largest in Russia. A system of roofed pedestrian overpasses is slated to appear. To date, permits have been obtained for the construction of the first three overpasses, and one of them is already being constructed in the Energetikov Square.

On the left bank, work is also ongoing on the installation of two tunnel crossings under the Trans-Siberian Railway tracks - at the railway bridge and in the alignment of Stanislavsky Street. Here, the protective screen pipes are being pressed through; as of now, 3,804 and 2,623 meters have already been covered in the two tunnels. Starting pit soil excavation and support installation continue. All the work is carried out with no traffic blockages on the Trans-Siberian Railway, one of the most important railway arteries in Russia.

The bridge, which received the name ‘Central’, will connect Yuzhnaya Square with Truda Square and run parallel to the existing railway crossing. It will provide access to the Baikal, Chuisky Trakt and Sibir federal highways. The project concessionaire is the Siberian Concession Company (part of the VIS Group). The company won the open competition held by the Government of the Novosibirsk Region in 2017. The concession’s financial partner is Gazprombank.