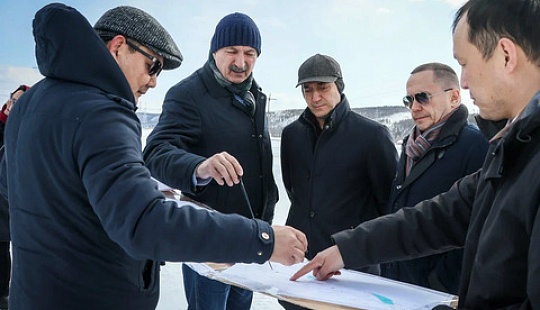 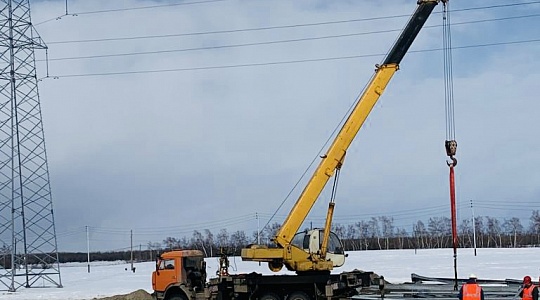 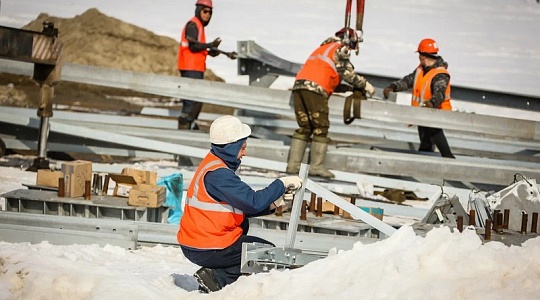 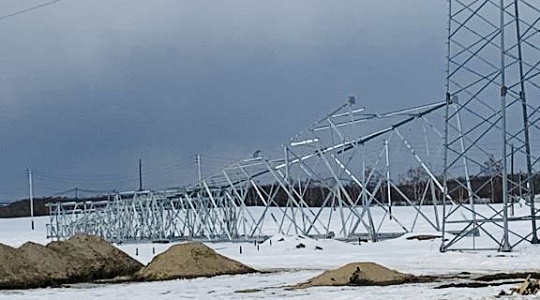 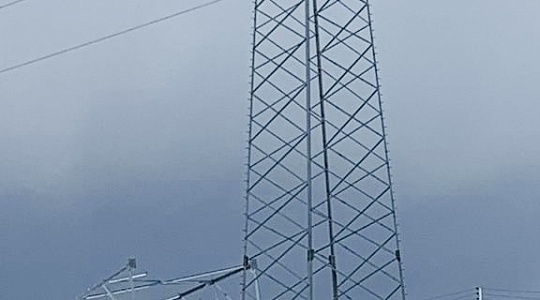 This announcement was made by Dmitry Berdnikov, First Deputy Chairman of the Government of the Republic of Sakha (Yakutia), and Sergey Romashov, member of the Board of Directors of VIS Group during a visit to the construction site of the bridge across the Lena River.

The cable-stayed bridge across the Lena River is a unique transport facility that will be built under extremely complicated natural and climatic conditions of the Russian Far North and will have no analogues in either domestic or foreign bridge building. The project is being implemented under a concession agreement with the Government of the Republic of Sakha (Yakutia), with the Rostec State Corporation and VIS Group consortium as the concessionaire.

“Project designers have almost completed their work, the design documentation for the main stage will be submitted for consideration by the state expertise by the end of April. A lot of work has been done, several options for the construction of the bridge and configurations of its supports were examined. The construction site’s geological profile is complicated, and it was also necessary to account for the hydrological regime and ice drift,” said Sergey Romashov.

Bridge design is being carried out by AO Giprostroymost Institute - St. Petersburg, with scientists from Yakutia also involved in the pre-design work. The Melnikov Institute of Permafrost Studies was engaged in the work to study the processes associated with permafrost soils, and to assess the impact of technological and temporary structures on permafrost conditions. Its experts will participate in the implementation of the project throughout the construction period.

The concession for the construction of a bridge across the Lena River involves a major upgrade of the engineering infrastructure within the construction zone. Currently, as part of the first preparatory phase of the project, major work is being conducted to relocate and rebuild power lines, communication networks, and a branch of a high-pressure gas pipeline. The reconstruction of the VL-10-kW power line is fully completed, and it is connected to the network. The builders dismantled 37 and installed 49 new supports, laid 9,210 m of cable.

By July 2022, the builders will have to install 14 metal poles on both banks and launch the high-voltage line live on a permanent basis. On the left bank, a 110-kW overhead power line is being reconstructed. To date, 10 foundations have been completed, 10 have been assembled and 8 high-voltage supports have been installed. A clearing was laid on the right bank, and foundation piles and metal structures for two 64-meter poles, which will allow to install the Maya-Tabaga 110-kW power line over the road, were delivered.

First Deputy Prime Minister of the Republic Dmitry Berdnikov noted that the work on the site is being carried out in accordance with the approved schedules: “This year, the concessionaire will fully complete the preparatory phase - the reconstruction of all engineering networks. Work is slated to begin on the main course of the bridge by the end of the year. It will start from the technological site on the left bank and the preparation of a dry dock for the manufacturing of cofferdams for the bridge pylons. At the same time, I would like to note that the VIS Group has entirely fulfilling its obligations to engage companies from Yakutia in preparatory work. In total, more than 150 people have been engaged since the beginning of work.”

The project is of strategic and social importance not only for Yakutia, but for the entire Russia. The bridge will provide a transport connection between the regions of Eastern Siberia and the Far East, which make up over a quarter of the country's territory. It will contribute to the creation of the Eastern Siberia - Mirny - Yakutsk – Magadan northern latitudinal belt. The total length of the bridge crossing is 14.729 km, including the channel part, which spans over 3 km. The two-lane transport artery will have an estimated capacity of 6,067 vehicles per day.