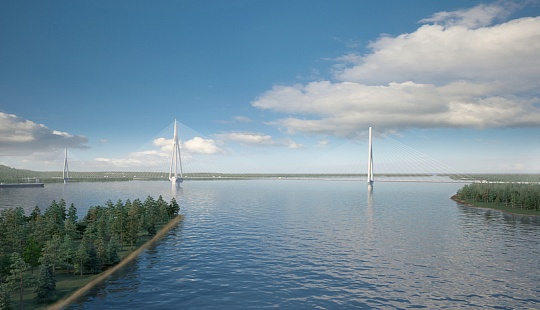 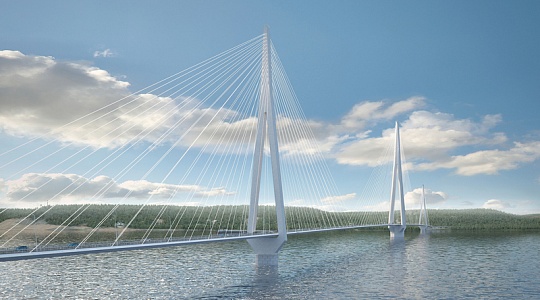 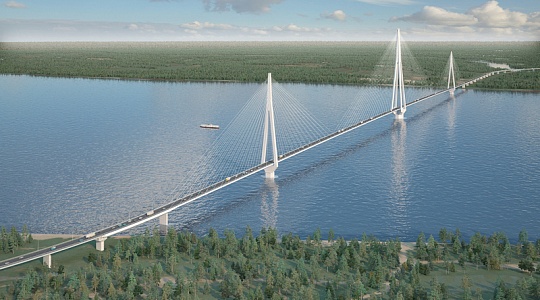 The State Expert Review Board of Russia received the documentation for the second - main - stage of the construction of a bridge across the Lena River in the Republic of Sakha (Yakutia). After initial inspection, the department will check the documents’ compliance with the technical requirements over the next several months. A positive conclusion was previously received from the State Expert Review Board on the first stage of the project, which entails the preparation of the construction site, and the removal and reconstruction of engineering communications.

The Lensky Bridge is a joint concession project of the consortium of the Rostec State Corporation and the VIS Group. In 2020, SBER also joined the project. The term of the concession agreement signed with the Government of Yakutia is 25 years. Of these, 6 years are allotted for design and construction, and in the remaining time the concessionaire will carry out commercial and technical operation of the route.

The three-pylon cable-stayed structure of the Lena Bridge is technically complex and unique for Yakutia’s harsh climatic conditions. The bridge and adjacent infrastructure will be built on permafrost soil, with seasonal temperature fluctuations of up to 100 degrees. The Lena River is characterized by complex freezing and flood periods, and the area is a seismically active one. All of these natural and climatic features were accounted for by the designers of the Giprostroymost Institute - St. Petersburg. The new transport infrastructure will span over 14 km, of which 3.1 km is a bridge crossing. The estimated traffic by 2025 is over 6,000 vehicles per day.

It is no coincidence that the concession project for the creation of the Lensky Bridge is divided into preparatory and main stages. The positive state expertise conclusion on the first stage allowed to start work at the construction site a year earlier. Construction in Yakutia actually started in 2021: a temporary infrastructure has been created, power line reconstruction, the laying of forest glades and the transfer of utility lines has begun. To date, a 10-kW overhead power line has already been connected to the network, over 50 new high-voltage poles have been installed, and about 10,000 meters of cable have been laid.

The project to create the first bridge across the Lena in this region is one of the largest concessions in Russia. According to the expert estimates of the Ministry of Economic Development of the Russian Federation, the project’s socio-economic effects will exceed investments by 1.6 times. Additional annual tax revenues are estimated at 25.2 billion rubles. The bridge will provide a transport connection between the regions of Eastern Siberia and the Far East, which make up over a quarter of the country's territory. It will also contribute to the creation of the northern latitudinal belt Eastern Siberia - Mirny - Yakutsk - Magadan. The Lensky Bridge will shorten the route from Novosibirsk to Magadan by 905 km and will create the first ever overland connection between Yakutsk and the mainland. Due to the lack of year-round land communication between the Eastern and Western parts of Yakutia, 80% of its inhabitants have no connection with the other bank for 5 to 6 months a year. The new bridge crossing will significantly improve people’s quality of life, and create the conditions for intensive socio-economic development of Russia’s largest region.