SPIEF-2021: The role of business in developing the international space market discussed with the participation of the VIS Group 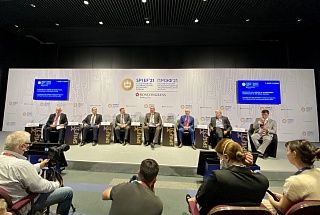 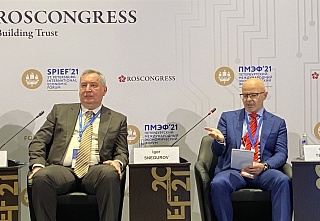 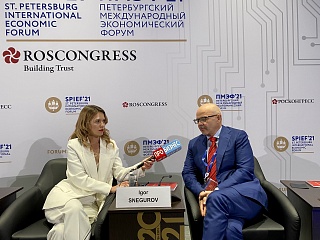 The rich agenda of the business program of the final day of the St. Petersburg International Economic Forum included topics from healthcare and education to global IT and space exploration. Igor Snegurov, Chairman of the Board of Directors of the VIS Group, participated in the session of the State Corporation Roscosmos “Innovations as a driver of international cooperation in the space sector.”

The key topic of discussion was constructive competition, as well as the simultaneous consolidation of efforts in the international space technology market, the development of science-intensive areas and the engagement of private business to solving problems in space exploration.

Representatives of foreign companies Airbus and Thales Alenia Space discussed their experience in the Russian space project market. Today, major bilateral developments based on both domestic and foreign technologies are underway and joint projects are being implemented, i.e., ExoMars and the localization of Airbus space equipment production in the Russian Federation.

Dmitry Rogozin and Pyotr Fradkov called on the state and private investors to launch an open dialogue and cooperation in financing new projects, provided the great importance of the derivatives of space operations- digital television, the Internet, GLONASS satellite systems and much more. Igor Snegurov supported the discussion, saying that Russian business is already considering specific opportunities to work in the new actively emerging commercial space market.

“The global space market grows at almost twice the rate of global GDP. About 75% of investments in new projects in this area are private. This is a huge challenge for Russian business and a very interesting task that we are ready to take on,” said the Chairman of the Board of Directors of the VIS Group.

The holding is already working in this direction: together with the state corporation Roscosmos, it has created a company that is responsible for the implementation of space projects on the public-private partnership (PPP) basis. The company develops modern technologies to solve a wide range of tasks: from environmental monitoring to the creation of satellite systems for telecommunication services.

“As a state corporation, we must build the needed infrastructure, so that competent companies, such as the VIS Group can come and begin to create new services that will allow to simultaneously conduct business and improve people\s quality of life,” summed up Dmitry Rogozin, Director General of Roscosmos.