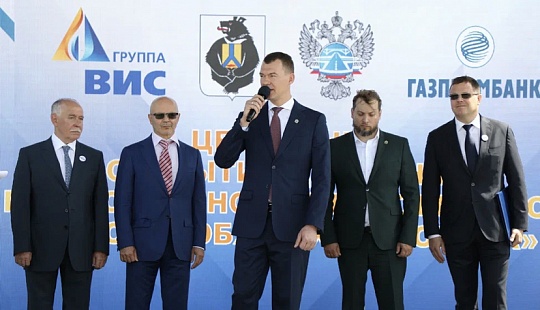 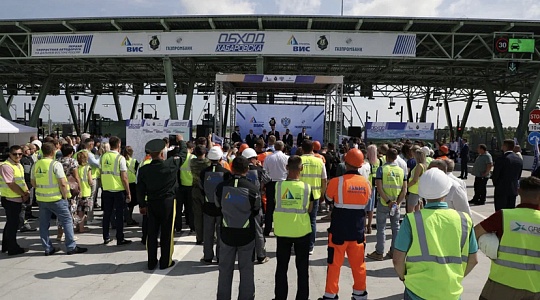 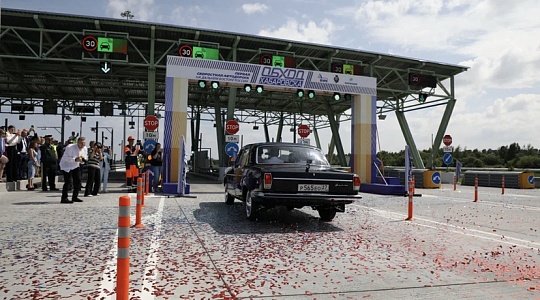 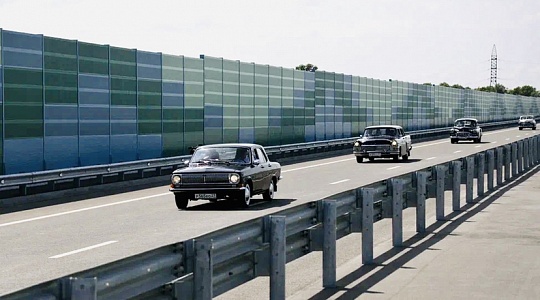 One of the largest investment projects - the construction of the first high-speed freeway in the Russian Far East bypassing the regional capital - has been completed in Khabarovsk. Today, traffic was launched on the Khabarovsk Bypass. The project was implemented as a concession, which was among the first in the country to receive federal co-financing. The road was built using funds from the Khabarovsk Territory budget and private investments. The project investor is VIS Group, a Russian infrastructure holding, and Gazprombank is the financial partner. The new motorway will allow to move transit traffic flows out of the city and unload the road network by 18%, significantly improving the environmental conditions.

Khabarovsk Bypass comprises over 27 kilometers of modern roadbed, 3 bridges, 21 overpasses, and 5 transport interchanges. The total length of the created transport infrastructure exceeds 52 kilometers. The project is of strategic importance for the entire Far Eastern Federal District. This new transport artery will increase the road network capacity by 2,000 vehicles per hour and will contribute to the creation of an integrated Chita – Vladivostok logistics corridor.

“The Khabarovsk Bypass highway was the result of the execution of President Putin’s instructions to increase transport accessibility in the Far Eastern Federal District. The bypass will connect three federal highways - Amur, Ussuri and Vostok, provide the Russian highway network with access to major seaports - Vostochny, Vladivostok, Nakhodka, Sovetskaya Gavan and Vanino, and play a key role in the opening of a cargo and passenger checkpoint on Bolshoi Ussuriysky Island, linking Russia’s and China's road networks,” Mikhail Degtyarev emphasized.

The scale of construction and the technologies used are unprecedented for the region. Over 1,500 specialists and more than 200 units of special equipment were involved in VIS Group’s work. The total area covered by the roadway exceeds 770,000 square meters. The composition of the crushed stone-mastic asphalt concrete mixture used in pavement construction was selected for the specific climatic conditions. For the first time in the Russian Far East, poured asphalt was used on bridges and overpasses, and a coating used in runway construction was utilized at the toll booths. All innovations used in the construction process are designed to increase the service life and minimize the road maintenance costs under the specific operational conditions. Under the terms of the concession agreement, VIS Group will operate the road until the end of 2031.

“The project is fully consistent with the goals and objectives of the national policy in the transportation sphere. Today's event is the result of effective cooperation and joint work of the Government of the Khabarovsk Territory, VIS Group and Gazprombank. The road will certainly become a point of attraction and provide investment opportunities; there is no similar infrastructure facility in the entire Russian Far East. The areas adjacent to the highway have all the conditions for establishing advanced socio-economic development zones. These include new workplaces, new tax proceeds to the regional budget, improved transport accessibility and quality of life for Khabarovsk residents,” emphasized Igor Snegurov, Chairman of the Board of Directors of VIS Group, in his speech at the ceremony.

Khabarovsk Bypass is the largest transport concession in the Far Eastern Federal District. Investments amounted to 37 billion rubles, another 3.8 billion rubles are the concessionaire’s funds additionally invested in the project to finance operating activities. About 20% of the funds invested in road construction comprises extra-budgetary financing, VIS Group's own investments and loans from Gazprombank. Attracting a large share of private investment to the project significantly reduced the burden on the budget of the Khabarovsk Territory and allowed to redistribute project costs over a longer and postponed period.

“The development of backbone infrastructure based on public-private partnership principles is one of the key areas of investment for Gazprombank. The new transport artery is a large, socially significant initiative of strategic importance for the region and the entire economy of the Russian Far East. The high-speed road will surely alter the usual logistics and improve transport accessibility between regional settlements. I am glad that the bank has joined the project, and the expertise of our PPP team contributed to its speedy implementation,” said Andrey Savchenko, Executive Vice-President for Government Relations and Subsidiaries of Gazprombank.

The Governor of the Khabarovsk Territory launched the traffic on the highway. Mikhail Degtyarev drove a 1975 GAZ 2401, a legend of the domestic auto industry, heading a column of retro cars, motorcyclists and heavy vehicles. The intelligent traffic control system developed by Russian programmers specifically for the Khabarovsk Bypass was presented to the event guests. It allows to monitor the traffic conditions, compliance with the speed limit, and quickly identify any emergency situations, warning the drivers in a timely manner. For this purpose, 39 surveillance and control video cameras, 88 electronic scoreboards and variable information signs, 22 vehicle detectors, a weight and size control system, as well as 8 complexes for violation recording and a weather station were installed throughout the route. For the first time in Russia, the project implemented left- and right-hand toll booths due to the large number of right-hand drive vehicles in the region. Simultaneous use of two electronic toll collection technologies, i.e., DSRC Transponders and RFID Tags, was also implemented for the first time at each toll plaza. Artificial lighting along the entire route was completed with the installation of 1484 light poles.

The return on investment will be carried out through collecting tolls. For the first two months, motorists will be able to use the Khabarovsk Bypass for free in test mode. This will allow all residents and guests of the region to familiarize themselves with the route infrastructure and get used to the new road. For them, traffic will open on July 16 at 00:00.