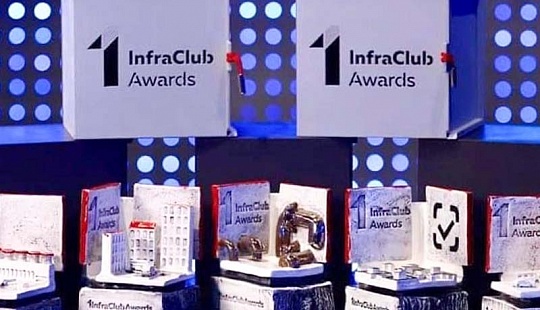 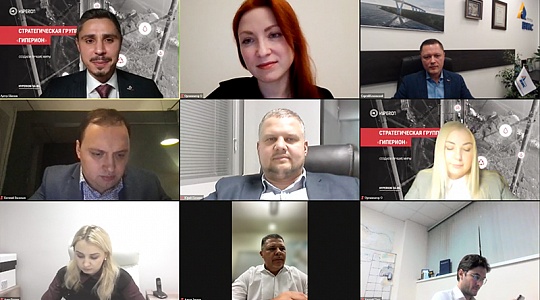 On December 16, InfraClub Awards 2021, the award ceremony for the winners of the National Information Transparency Rating of Infrastructure Projects, took place online. The VIS Group was the only rating participant with two laureate projects. These projects are: a PPP project to create the Surgut District Clinical Center for Maternal and Child Health and a concession to build a bridge across the Ob River in Novosibirsk.

This unique rating is created by Infrastructure Club - one of the largest professional communities in the infrastructure market and the Hyperion Strategic Group. 100 largest Russian public-private partnership projects were assessed; 22 of them were included in the short list. The experts analyzed quality of project communication management, availability and quality of information, presentation formats and systematicity, the presence of separate communication channels for different target audiences and creativity.

The VIS Group was represented at the event by the Head of the Corporate Communications Department Sergey Kozlovsky. He discussed the main principles of the holding's work in PPP project communications management. “We are among the pioneers of the PPP market, having signed the first agreement back in 2013. The holding has one project with a fully completed life cycle and three projects with a completed investment stage under its belt, so we had sufficient time to develop our own practices and information support standards for projects, and, most importantly, to realize how generally important this work is for their successful implementation,” shared Sergey Kozlovsky.

The Clinical Center for Maternal and Child Health that is being built in Surgut is the only such facility in the Far North and one of the largest medical complexes in Russia and Europe. It has recently begun to accept the first patients in the outpatient department, and by the end of 2021 it will begin to function in a full-fledged format. “It was important for us to inform that thanks to PPP, residents of Ugra and the surrounding regions will now have access not just to a large modern building, but to entirely new prospects for preservation of the life and health of mothers and newborn babies, and identification of pathologies at the earliest stages,” said Sergei Kozlovsky.

The project was implemented with the active participation of an active group of local residents. In addition to joining the excursions, they also formed lists of questions and monitored the quality of work. This is one of the few examples of this format of interaction with the public at a facility under construction in the country.

The second project, which was included in the TOP list of best information support practices, is the concession for the construction of a bridge in Novosibirsk. As the event organizers noted, this is the only project in Russia in which the investor has entered into a direct dialogue with opponents and held public debates. The live broadcast of the debate on two YouTube channels gathered an audience of over 3,000 people and clarified many of the questions asked to the concessionaire. Systematic work with target audiences was noted separately: the holding regularly publishes detailed video reviews from construction sites and infographics posts on social media, which are eagerly republished by the Novosibirsk media.