A bridge across the Kaliningrad Bay 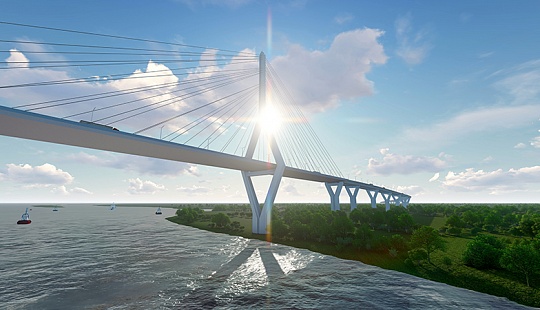 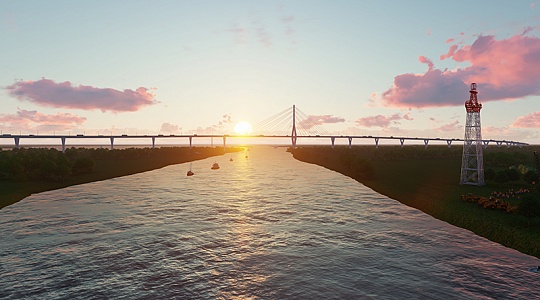 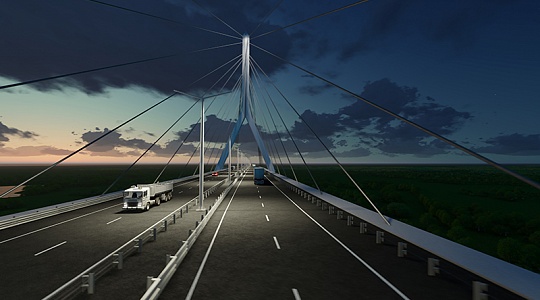 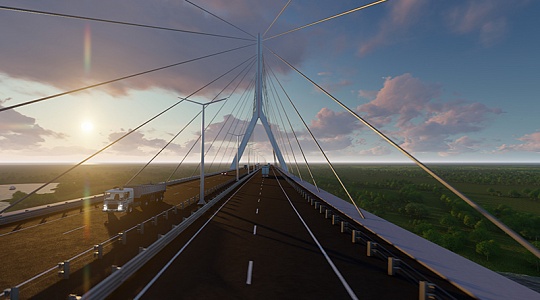 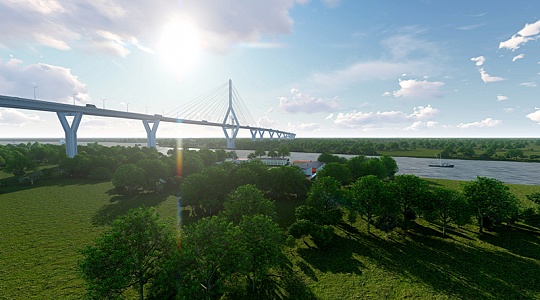 Client: Government of the Kaliningrad oblast

The construction of a bridge across the Kaliningrad Bay was stipulated by the master plan for the development of the regional capital until 2035. his large-scale project is of strategic importance for the region, and there have been previous attempts to implement it. However, it has become possible solely due to the support of the private investor.

The new bridge will connect the Kosmodemyansky and Shosseiny villages. The total span of the road infrastructure, including the bridge over the Pregolya River, approaches, overpasses and junctions will 8.1 kilometers. The high-speed four-lane road will be part of the ring route in the Primorsk recreational zone.

The construction of a bridge across the Kaliningrad Bay was stipulated by the master plan for the development of the regional capital until 2035. It will allow to loop the Ring Road, connect Kaliningrad’s Southern and Northern bypasses, reduce the distance between settlements by 40 km. The project will allow the traffic flow from the north-west of the region to shift to Riga-Kaliningrad-Gdansk branch of the trans-European transport corridor 1-А, improve the area’s transport accessibility and allow to eliminate heavy vehicle transit traffic through Kaliningrad. After the project is implemented, the regional budget will additionally receive substantial tax revenues.