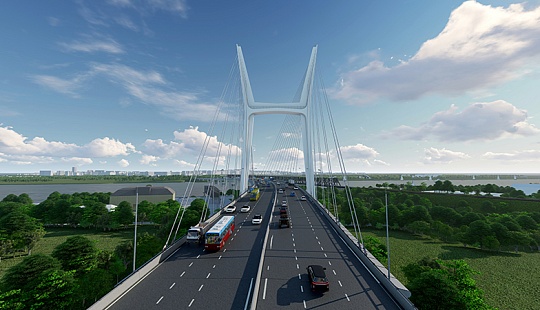 Client: Government of the Novosibirsk oblast

6 December 2017, the Group's subsidiary, "Siberian Concession Company", LLC concluded a concession agreement on the construction of the fourth bridge over the Ob river in Novosibirsk. SCC will act as the Concessionarie of the project, the Concessor is the Government of the Novosibirsk oblast, Ministry of transport and road infrastructure.

The bridge, called Central, will connect the southern area with Truda square and will be laid in parallel with existing railway crossing. It will provide access to "Baikal", "Chuysky tract" and "Siberia" federal highways. The construction of the new bridge will allow for the reconstruction of existing ones.

It will be a modern six-lane highway with a multilevel interchanges, which would eliminate traffic lights and ensure the continuity of transport flows. In addition to the bridge large-scale construction will be deployed on both sides of the Ob river. The project envisages the creation of several flyovers through the city's tram lines and railway lines of the TRANS-Siberian railway, elevated pedestrian crossings.

The total length of all facilities will exceed 5 kilometers.