Infrastructure facilities for The 2014 Olympics, Sochi 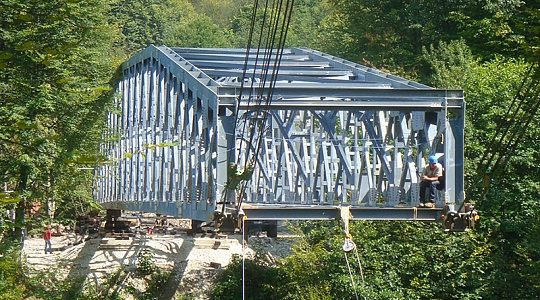 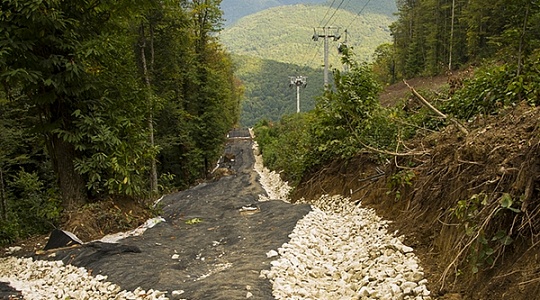 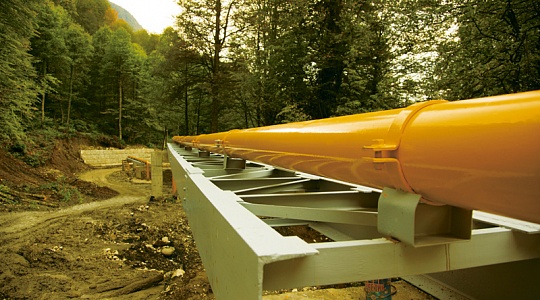 Construction of facilities for winter Olympics 2014 in Sochi has become the most important project for the entire country. We are proud to be involved in this exclusive construction. The Olympics is not only the most modern sport facilities and stadiums, but it is also the most complex engineering infrastructure, without which the competition conduction would be impossible. VIS Group takes part in the Olympics project by constructing several infrastructure facilities.

11 km long water pipeline is divided into lower and upper branches, running along the LowerImeretinsky Valley. From the upper branch water is supplied to the coastal Olympic village and to the Ice arena for figure skating. The lower branch runs along the territory of the Olympic park.

The route runs in such a way, that water intakes of Mzymta and Psou rivers are looped, providing reliable supply of sport and infrastructure facilities, constructed in Imeretinsky Valley. Backbone water pipeline of Imeretinsky Valley supplies water to the Coastal cluster Olympic facilities: The Fisht Olympic Stadium, the Bolshoy Ice Dome, the Shayba Arena, the Ice Cube Curling Center, the Iceberg Skating Palace and the Adler Arena Skating Center

Thanks to VIS Group experts and erectors the water was supplied to all the ice stadium ahead of the schedule. This allowed to successfully run the test competitions of figure skating, curling and speed skating one year prior to the beginning of the Olympic Games.

Along the gas line, which length is 7,835 km, the gas is supplied to the mountain Olympic village. It runs from the elevational mark of +546 m to mark +1153 m above mean sea level. VIS Group is capable of executing the full range of planning and surveying and installation and construction works.

The gas line is performed of polyethylene pipes, buried in ground and steel ones, buried along processing steps. In total, 12 processing steps across water and other barriers have been constructed along the gas line. The largest of them are the one across the Shumikhinsky creek (66 m long) and the one across Sulimovsky creek (111 m long). The weight of bridge crossing structure across the Sulimovsky creek exceeds 200 tons, it was mounted according to the specially designed project applying the “launching” method.

The construction was carried out in severe climatic and rocky conditions on a tight schedule. Within the scope of the project slopes engineering protection was implemented, expressly, the construction of 436 m long pile-supported back walls of with concrete capacity of 3,030 sq. m. Also, the slopes were protected with geogrid of 1,223 sq. m in are.

The route of the high-altitude water conduit passes along the alpine ridge 40 kilometers away from Sochi. What makes this unique hydraulic structure different is its construction was performed in space-confined conditions as two pipelines in the highlands. The significant difficulty was the large height difference, in some sections it constitutes 270 m. For instance, the water intake is situated at the height of 550 m above mean sea level, and the highest point of construction of water pipeline was the elevation mark of 1130 m. In such conditions, in some sites it was difficult to use construction equipment, thus, excavation and pipelaying were performed manually there.

Also, because of height difference between extreme points of water pipeline critically heavy water pressure of 40 atmospheres was formed. Experts developed technical solution, that enables damping excess water pressure down to standard level of 16 atmospheres. For this purpose, along the entire length of water conduit more than 70 different wells and chambers were placed, fitted with modern hydro-engineering equipment.

The constructed water conduit guaranteed the athletes and participants of the Olympic Games in Sochi supply with clean drinking water.

Stage 1. The construction of 3 km long route from the water intake to the Mountain Olympic village of the Rosa Khutor Alpine Resort.

On the site there are two water pumping stations, fitted with high-tech equipment, that does not require personnel attendance for operation. The purpose of this site is water supply for construction-assembly works at Rosa Khutor site prior to commissioning of main water pipeline , as well as during test competitions, held December, 2012 to January, 2013. After commissioning of the main water conduit this line operates reverse water feed to supply the facilities of ski resort.

The length of the route amounts to 6 km. Most of it runs in the same corridor with a medium-pressure gas line. This site includes processing steps across three water barriers: Sulimovsky, Shumikhinsky and Rzhanoy creeks. The length of processing steps: is 111 m, 66 m and 20 m accordingly. For the purpose of smooth operation of water conduit along the route 6 pumping stations, that operate in automated mode and do not require personnel attendance, were constructed. Their control is performed from Krasnaya Polyana village dispatch station employing GSM/GPRSwireless communication channel. Pumping stations are powered from five newly constructed transformer substations, connected with cable lines of more than 40 km total length.

Along the route of water conduit the slope protective structures in the form of pile-supported concrete back walls were erected. Their total length is 365 m. The water conduit is also protected from landslides and snow slides by gabion structures (back walls of wire frames, filled with stones). Their length is 673 m, stone mass capacity is 648 sq. m.

Stage 3. The construction of 1 km long route running from water intake in the region of the Mzymta river high water bed to the lower base of Rosa Khutor with wells and connection chamber arrangement.

The project purpose was creation of water supply system to supply consumers. At the site VIS Group has applied the full range of planning & surveying and installation & construction works.

The length of the route amounts to 6 km. The water supply system is designed for water delivery to “Gornaya Karusel” sport and tourist complex. The route passes in parallel and in close proximity to the route of tourist cable car lift. This water pipeline is the component part of future centralized system of consumers water to supply for Krasnaya Polyana village district and Olympic facilities located on the Northern slope of the Aibga mountain.

The structure is steel pipeline with total length of 2.2 km, consisting of two pipe strings buried in ground, two pumping stations and two retention tanks for clear water, 500 m3 each. Electrical part of the project includes four parts of 10 kv cable line of 6.3 km total length with of three transformer substations assembly and connection at the sites of pumping stations and at the site of retention tanks.