Bridge construction in Novosibirsk continues through the New Year holidays 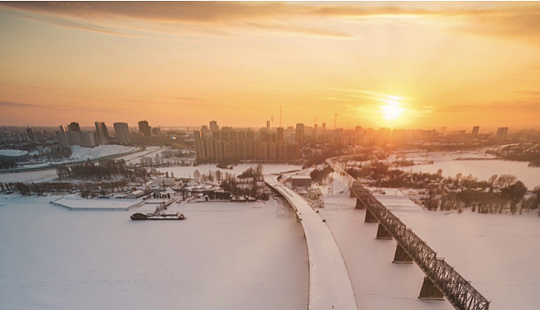 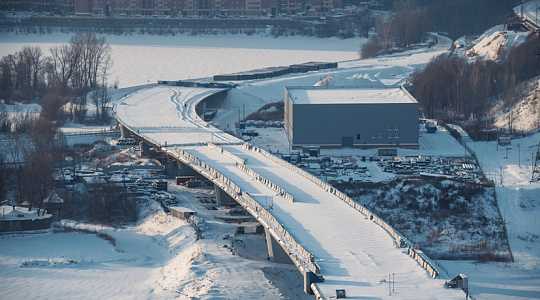 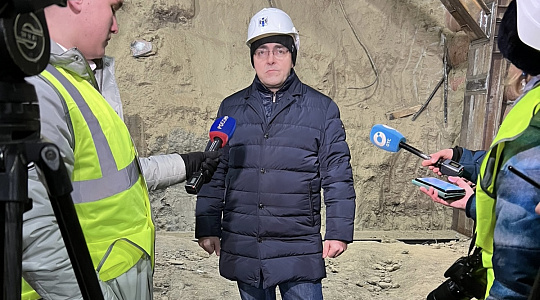 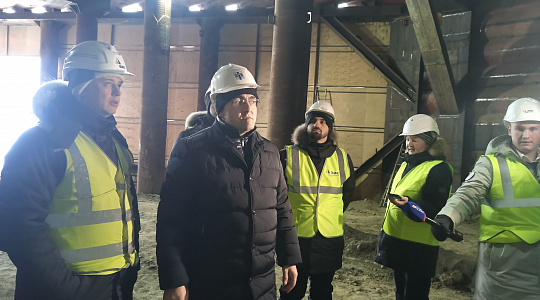 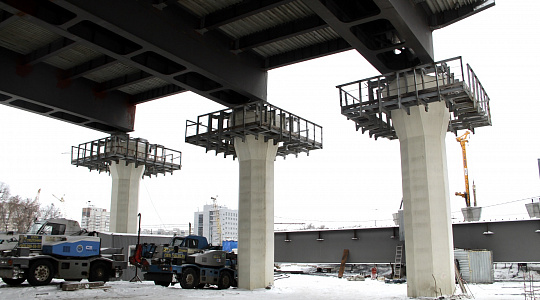 The bridge across the Ob in Novosibirsk is a highly complex infrastructure facility, which, in addition to the bridge crossing over the riverbed itself, includes several extended overpasses, two large traffic interchanges and two tunnel-type overpasses. The concession project for the creation of a high-speed transport chord that will connect two parts of the Siberian capital is being implemented by VIS Group. Construction had not stopped even during the New Year holidays, which was confirmed on January 3 by the Minister of Transport and Roads of the Novosibirsk Region Anatoly Kostylevsky and the journalists who accompanied him.

The left-bank transport interchange is a unique multi-level infrastructure facility, which includes 25 exits. All exits comprise two or three traffic lanes in one direction. Today, work is being conducted simultaneously at six exits, which will direct traffic flows to Shirokaya, Vatutina, Stantsionnaya Streets, as well as to Proezd Energetikov. All 11 pillars have been erected at the first two exits, and the construction of retaining walls is being completed. At four more exits, 19 out of 31 supports are ready, and work is underway to extend metal structures and build retaining walls. In total, 690 tons of metal structures have been installed to date, comprising 479 meters of the foundation for future exits 2 and 8.

Aleksey Sokolov, head of the territorial subdivision of VIS Production Company, discussed the large-scale work on the construction of a transport interchange in the left-bank part of Novosibirsk: “21 out of 24 supports have been erected on the main passage flyover, 300 tons of metal structures were extended between spans 1 and 7. Another 5,300 tons of metal was laid in the spans between pillars 7 and 24, which comprises 846 out of 1164 m. The left-bank flyover is the foundation for a six-lane road that will direct traffic flows to the bridge from all adjacent streets. To date, more than half of the work on driving the closed part has been completed on the tunnel-type overpass. The linkage of the right portal along the main traffic route has been completed, creating the conditions for subsequent underground work in this area. In total, the project provides for two such tunnels, which will allow the future route to freely cross the paths of the Trans-Siberian Railway.”

In December 2022, the federal government additionally allocated over 7 billion rubles to co-finance the project. These funds are intended to cover unforeseen expenses caused by a significant increase in the prices of all basic building materials. Timely support of the project from the federal budget allowed to ensure the consistent work rhythm and operational funding.

“At the end of the year, traffic was launched along the Zyryanovsky overpass. On the right bank, the pylon part is being constructed, in March the work on the cable-stayed system installation is slated to begin. On the left bank, work is underway on two tunnel-type overpasses. The workers broke through the tunnel, went through on one side, penetrating the entire body of the embankment,” Anatoly Kostylevskiy said.

During the New Year holidays, construction has not stopped on the right bank either. Here, the 25th post of the right pylon support is completed, now both pylon supports are cast to exactly 100 meters in height. During the winter period, the pylon is enclosed in a technological shelter that allows to maintain the temperature inside at about +15 degrees. Concrete is delivered by means of a concrete pump directly to the required height using a flexible hose. One 4-meter grip requires from 95 to 174 m3 of concrete.

Today, the Novosibirsk bridge under construction is one of the largest transport projects in the country. Despite the difficulties caused by both sanction pressure and the consequences of the pandemic, the project was not interrupted for a single day.