EEF-2019: VIS Group and Gazprombank sign main concession financing conditions for the construction of a toll road in Moscow region 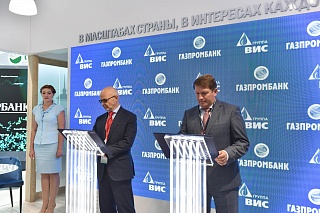 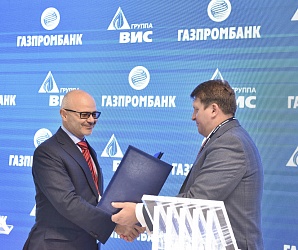 Today, the main concession financing conditions for the road construction project in the Moscow region were signed by Gazprombank and the Fourth Concession Company LLC (part of VIS Group) within the framework of the Eastern Economic Forum. The document was signed by the Deputy Chairman of the Board of Gazprombank Alexey Belous and Igor Snegurov, Chairman of the Board of Directors of VIS Group.

The concession agreement, signed on January 30, 2018 by the VIS Group and the Government of the Moscow Region, provides for the creation of a large-scale transport infrastructure facility. Gazprombank acts as the project’s financial consultant and a credit organization, providing financing in the amount of approximately 25 billion rubles. The funds raised will be allocated to capital expenditures for project implementation.

“The funds provided by Gazprombank will be used to finance capital expenditures, operating expenses and the provision of bank guarantees. We hope that this project will beсome another positive example that contributes to the development of the region’s logistics potential and will demonstrate the bank’s high level of work in the field of project financing,” said Alexey Belous, Deputy Chairman of the Board of Gazprombank.

The four-lane highway will span over 16 kilometers at a distance of 4-8 kilometers from the MKAD, acting as a backup road, preserving the status of local roads as alternative routes. Six bridges and overpasses and four traffic interchanges will be built along the road span. The automobile traffic flow is estimated at between 24,600 and 33,800 cars per day.

“The multiplier effect of such projects is several times greater than the investment made. New roads are always a breakthrough in the development of the region. The transport infrastructure under construction opens up opportunities for the creation of new industries, logistics complexes, social infrastructure and housing always develops in the vicinity of roads. But perhaps the most important thing is that residents of the nearby cities of the Moscow Region will receive an alternate faster route for traveling both within the region and to Moscow,” said Igor Snegurov, head of the VIS Group.

The development of project documentation is slated to be completed and submitted to the State Expertise in November 2019. Currently, the public partner has begun the groundwork. The construction of the Vinogradovo-Boltino-Tarasovka highway is supposed to be completed in 2022. The total concession period is 15 years. Investments in the project will amount to more than 30 billion rubles.