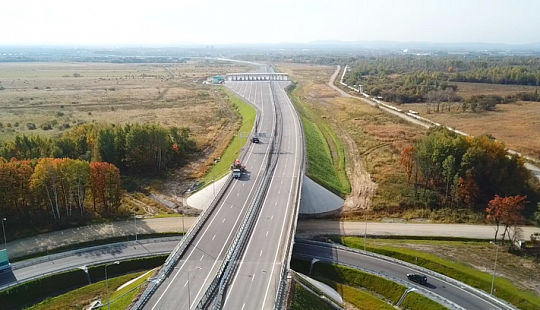 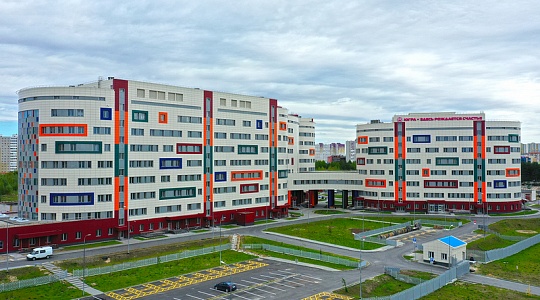 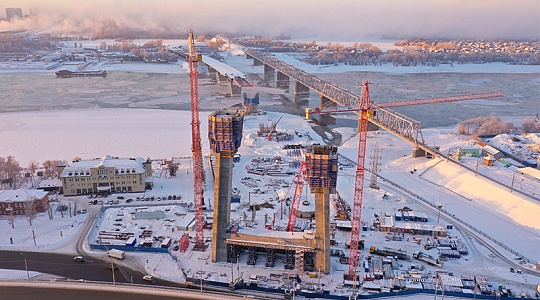 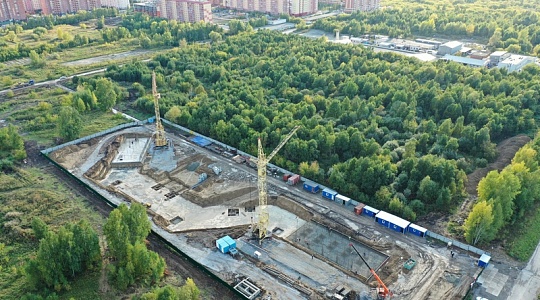 +1
For the VIS Group, the outgoing year was marked by several significant events that confirmed the company’s status as one of the leaders in the Russian infrastructure market. The investment stage of one of the largest transport projects has been completed, and Khabarovsk Bypass, the first expressway in the Russian Far East, is ready to open traffic. This concession project was the first in the transport segment of the holding's investment portfolio. The almost 30-km main course of the road will contribute greatly to the development of the economic potential of the Khabarovsk Territory and open up the prospect of creating a new border crossing to neighboring China and the development of Bolshoy Ussuriysky Island.

On the eve of the New Year holidays, the first baby was born at the District Clinical Center for Maternal and Child Health built under PPP principles in Surgut. This joyful event was the result of the VIS Group’s most ambitious project in the healthcare sphere. The new high-tech medical complex is designed for 10,000 births a year. The center is one of the largest in Russia and Europe by this indicator and the level of technical equipment.

Stable financial and economic activity, efficient business management and the development strategy for the coming years were rated highly by experts from the Russia’s two leading rating agencies. ACRA confirmed the VIS Group’s rating at A (RU), while Expert RA assigned a first-time ruA credit rating to the holding's parent company. Both ratings have a stable outlook.

In 2021, the holding became the concessionaire in the project to create the Khabarovsk Ecotechnopark. A technological waste sorting complex with a modern landfill, created within the framework of the Ecology National Project, will be sorting 50% of waste generated in the Khabarovsk Territory. Another project that VIS Group has undertaken this year is the development of a large residential complex in Salekhard. It is the company’s first new project in Yamal after a short break. 61,000 m2 of housing with over 1,300 apartments are intended for those in the state program for resettlement from dilapidated and hazardous housing.

The holding’s strategic partner, Rostec State Corporation, has joined another one of the VIS Group’s concession that entails building a bridge across the Kaliningrad Bay, which is the largest concession project in the Russian Baltic region. SBER Bank joined the project earlier. Another joint project of the consortium - Lensky Bridge - has entered the investment stage. FAU Glavgosexpertiza of Russia confirmed the results of the engineering surveys and the compliance of the documentation for the first of the two project stages. In 2021, construction began in Yakutia, where work was launched to rebuild power lines, prepare the site on the left bank and relocate engineering communications that fall within the construction zone. The project has already received an appraisal of the expert community: the National PPP Center recognized it as the best in the field of mainline transport in Russia. The cable-stayed bridge, unique for these latitudes and climatic conditions, will have no analogues either in domestic or foreign bridge construction.

Financial closure has been achieved with another one of the Group’s strategic PPP partner, Gazprombank, on the project to create seven polyclinics in the capital of Siberia for a total of 13.5 billion rubles. This is the first project in Russia structured under the Federal Law on Public-Private Partnership No. 224-FZ. Thanks to the PPP format, the third most populous megalopolis in Russia will receive an entire network of modern, individually designed polyclinics, fully equipped with the required medical equipment. Their combined capacity will reach up to 6500 visits per shift. The projects of all medical facilities received positive conclusions from the state examination and construction permits. Zero-cycle construction work is already being completed at three of the seven sites.

At the beginning of the year, the construction of the Vinogradovo - Boltino - Tarasovka highway, a high-speed backup of the Moscow Ring Road in the Moscow region, has started. For 12 months, over 800,000 m3 of soil and 5 km of utilities have been laid. In parallel with these works, the construction of overpasses across the Pirogovskoe highway and the Chanka river is underway. The outlines of the future high-speed chord are already visible in real life, not only on the project’s situational plan.

Another unique project entails the construction of a large-scale cultural cluster - a complex that will house the State Philharmonic Society and the Arctic Center for Epic Literature and the Arts under one roof. It is being built on the shore of Lake Saisary, sacred to the Yakuts, in the capital of the largest Russian region. During this year’s construction season, all the plans were realized: 1500 piles were driven into the permafrost soil, 11 800 m3 of concrete were poured. The monolithic frame of the building is almost 50% ready, and the facility’s overall construction readiness is estimated at 20%. The project was blessed by maestro Valery Gergiev, and the world guru of acoustic solutions, Yasuhisa Toyota, has been engaged as a consultant for the construction of the Philharmonic Hall.

In Novosibirsk, the span structure of the bridge across the Ob had reached the right bank. In December, one of the key and most technologically difficult stages of the concession project was completed - the multi-ton span structure, whose launching began on March 27, 2021, had crossed the riverbed. In 8.5 months, a 546-meter, 7432-ton span structure was assembled and pushed over the channel. 12 of the 18 bridge pillars were erected, and half of the 114-meter pylon that will hold the cable-stayed part of the bridge is ready. The construction progress was assessed by the Deputy Prime Minister of the RF Government Marat Khusnullin this summer. During this year, he visited the holding's construction sites twice - in Novosibirsk and Khabarovsk.

In 2021, the work of the VIS Group and the holding’s projects were covered in federal and regional media, including the entire TOP media (Interfax, TASS, RBC, Kommersant, etc.) over 15,950 times, two projects became the leaders of the national information transparency rating, and the leading financial news agency Cbonds noted the holding's activity and visibility in the investment media sphere.

The VIS Group continues to work in 6 time zones, 5 federal districts and 8 Russian regions, creating a new infrastructure that transforms life for the better, creates a margin of safety and opens up new horizons for development.