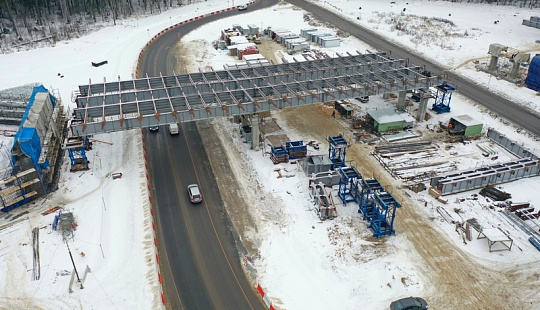 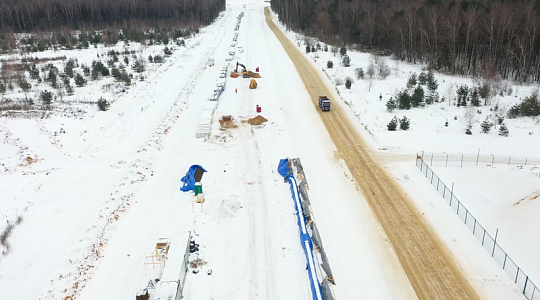 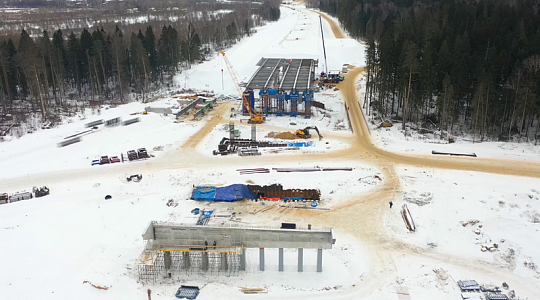 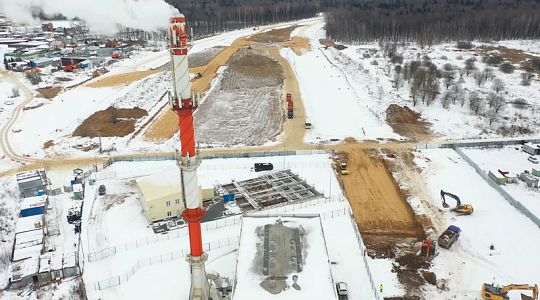 Traffic was launched on the ring bypass road at the intersection of the Mytishchi high-speed chord under construction with the Pirogovskoye highway near the village of Vysokovo. Here, the installation of the 245-meter overpass superstructures is being carried out; to date, metal structures weighing over 600 tons have been installed on temporary supports. A 300-meter ring bypass was built, an asphalt concrete pavement was laid, and temporary road markings were applied for the duration of these works. The detour will not affect the travel time for motorists in any way, but will ensure their safety during the installation works.

This is one of the largest transport concessions in the Moscow region. The investor is VIS Group, which is responsible for the project’s entire life cycle - from design to construction and operation of the facility. Today, the overall construction readiness of the high-speed highway’s subgrade is 67%. 466 builders and 83 units of special road construction equipment are employed at the construction site.

In total, construction work has been launched on 13 out of 16 km of the future route. More than 2.4 million m3 of soil and 55,000 m3 of crushed stone were laid in the crushed stone-sand layer of the main passage embankment. The resource base and industrial enterprises of the Moscow region are actively involved in project of the project. The sand for the subgrade base is being supplied from quarries located in the Shchelkovsky, Dmitrovsky and Sergiev Posad regions of the Moscow region.

At the same time, artificial structures are being built, including a bridge across the Chanka River and interchange overpasses. In total, the project provides for the creation of 11 such facilities, including an automobile crossing over the tracks of the Yaroslavl railway branch, which is the beginning of the main Trans-Siberian Railway route.

The Vinogradovo-Boltino-Tarasovka highway project is the first in Russia to be launched as part of a private concession initiative. This allowed to significantly reduce the time from the generation of an idea to design and start of construction. The highway is designed to become a backup for the northeastern section of the Moscow Ring Road and improve transport accessibility for almost a million residents of the Moscow region. The Mytishchi Expressway will unburden local roads, which will redistribute the traffic flow from the Yaroslavl Highway, increasing accessibility to the A-104 Moscow-Dubna and M-8 Kholmogory highways.